💣 The God of Destruction brings a message. 🔮

Usually, I would have raced with Psyche (our Border Collie mutt AKA our spoiled child, who was insanely jealous of her “daddy” and highly competitive) to the door to welcome him home with a kiss.

She was the sole greeter this evening. I barely glanced up from my food preparations.

This was the 20th anniversary of the day we met and fell in love, so we should have been at the beach where we met and were subsequently married, having a lovely picnic and exchanging Champagne kisses as had been our tradition on all of our meeting and wedding anniversaries for the previous decade.

Due to the events of the past 24 hours, there was to be no celebration. FH had persuaded me that afternoon to briefly visit the beach and drink the bubbly, but it was a far cry from an effervescent occasion.

After we returned home, FH took a short trip to his office to settle an important matter. While he was gone I had been ruminating about whether to try marriage counseling as I had reluctantly agreed to consider. I was feeling highly pessimistic, but had almost talked myself into giving it a chance anyway.

And then I looked up. FH had just proudly placed a brass Naturaj sculpture on the counter in front of me. I only half listened to his story about how some student brought it home from India for him as I stared at Shiva dancing in the circle of flames. In that moment, I felt the sinking conviction that the god of destruction and chaos had come with the message that my marriage was over.

This is how I remember that night but I will come back to the story (and why I am telling it despite my intention to leave it alone in this blog) and the imprecise nature of memory in a moment. 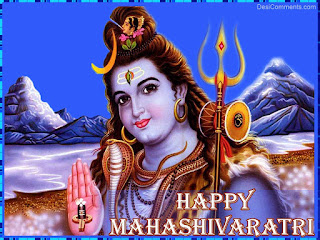 This month’s New Moon brings a celebration of the Hindu holiday Mahashivaratri which means Night of Shiva. It is the night in which Lord Shiva performed the cosmic dance (Tandava or Nataraja), the cycle of creation, preservation and dissolution. It actually begins tonight, in the dark of the moon.

It is a divine dance to destroy a weary worldview. Shiva destroys so he can create anew. The holiday is also associated with the marriage of Shiva and Shakti.

I have thought a lot about how we honor and celebrate the coming together of couples in marriage, but there are no celebrations to commemorate divorce. Both marriages and divorces have the potential to bring precious gifts. I will return to this subject shortly as well.

This new Moon also features another sign of destruction -- a solar eclipse. It will not be visible in the U.S., so most of us will not be able to see it but eclipses are said to exert powerful planetary influences. Our ancient ancestors viewed eclipses as a sign of disasters and destruction, telling stories of various creatures eating the sun. The  people did their best to scare those hungry beasts by making noise and employing other strategies --seemingly effective since the sun always returned!

Not everyone believes that eclipses are disastrous. There's a belief originating in Italy that flowers planted during a solar eclipse are brighter and more colorful. I agree that seeds of change planted during dark times are often the most beautiful. And this leads me back to my story of dark times bringing beauty. 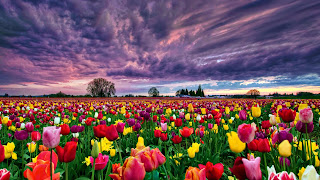 I have told many stories about the time around the end of my marriage in previous blogs. In honor of Shiva, I decided to tell this piece of my story even though it complicates things a bit.  My first blog post is entitled, The Day My Life Changed Forever.  It implied that I was pretty much clueless at the time of my 9/11 disaster.

Everything I reported in that post was true. That day certainly did have a nasty surprise and it was the official ending of my marriage in my eyes (the day I removed the wedding ring in the picture above from my finger forever). But it was the "Readers Digest Condensed Version".

The longer story in all of its sordid detail is not one I will tell in writing. I told everyone I knew at the time for cathartic effect and to elicit sympathy and support, but it would not serve any useful purpose to go into further detail here. I just wanted to briefly allude to the ways in which our perceptions change, given what information is available to us.

This is akin to the blind men encountering an elephant. An elephant is like a rope says the man holding the tail. Each of the other men strongly disagree and offer their opinions as to the nature of the beast. No, it is like a pillar... a tree branch...a wall...a fan...a spear. 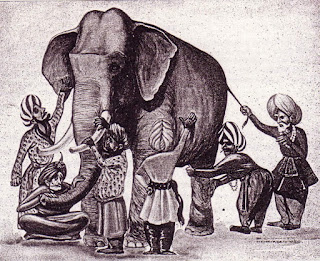 The truth of FH and OW (the Other Woman) had been like an enormous flatulent elephant in our home for over two years, but I kept myself blindfolded because I just could not bear to believe it. Of course, even though I was blind, I knew something smelled funny.

Also, I wonder how much of what I remember in such excruciatingly painful detail is objectively "true". I'm willing to bet that if FH and OW where to recount their versions of what they believe to be true there would be three very different versions. Especially of that 9/11 evening and the days around it.

In addition to the natural variations and perspectives that different participants have, I also deliberately rewrote my story to myself first and then to everyone else, to make it one that served me and the others connected to it in a better way. I did not lie or even twist the truth, but I chose to focus my attention on and highlight more compassionate interpretations. With time, they became more true than the old story.

For instance instead of continuing to dwell on how FH and OW were villains and I was a victim, I changed myself into the heroine of my own story. I have been reading many versions of hero's and heroine's journey lately and found it to be a perfect metaphor for my experience and that of many people in similar circumstances. 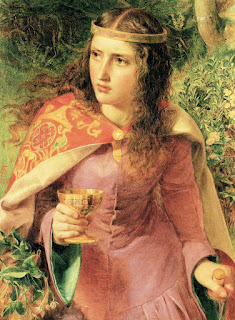 As I have been weaving my story into my book, using that metaphor, I have also been reading books about writing memoirs. The ways in which our stories can change our reality and the power that we have to transform our lives is my holy grail.

I used to believe the truth was black and white, but there is an enormous amount of gray. Within that gray area we have the freedom to make choices about what feels most true. Anything that makes us feel miserable is only one version. Playing with alternative interpretations allows us to discover and create other renditions that might be even more true than the one we initially believed.

If we envision our experiences within this more expansive framework, the possibilities are astounding with far reaching implications. This does not, however, mean we have the freedom to tell lies and try to make them true. That strategy always backfires sooner or later!

When exploring any situation that looks grim, consider a creative rewrite. Is there any way to extrapolate any pieces that are useful and hopeful? Can you weave those threads into the story and then add more and more?

It can't hurt to try and you might be amazed at how this exercise can change your worldview and even your life circumstances.

And if there is anything that seems like an unwanted elephant in your life, perhaps you might want to invite Shiva to shake things up or his son Ganesha the popular Elephant God who is called upon to remove obstacles.

Tell yourself the story of how at the powerful time of Mahashivaratri, the Solar eclipse and the New Moon you called in Shiva and Parvati (a manifestation of Shakti) and their son Ganesha to create whatever miracle you most want in your life.

Whether or not your miracle appears, at least you are having a little fun and focusing on wonderful possibilities. This is bound to help you feel better than you would if you are ruminating about how hopeless and bleak things might seem. May these gods and goddesses or whatever deities or powers you prefer smile upon you and your fondest wishes tonight. 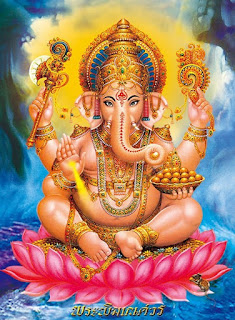 I hadn't thought of this inscription until recently, but often when people ask me how I came to move to the Bay Area from the Midwest, I reply that it was the result of a “surprise divorce”, to which I add after seeing their polite dismay- "and it was one of the greatest gifts I've ever received".

The new version of Sparks & Leaps using the framework of the mythical hero/ine's journey will help women (and their children) who are going through a surprise or traumatic divorce to find the gifts of their challenging time. I am aiming for the spring equinox for the unveiling of an introductory program. Whether or not I hit that actual date, I'm getting close!


Posted by Michelle Simonson at 7:37 PM