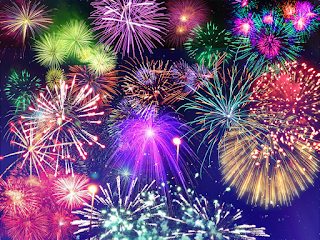 The reason I decided to turn around and swim back to shore of Fish Trap Lake rather than go further and drown was because I realized that I would ruin everyone's Fourth of July celebration.

The location of this drama was at a friend's luxurious lake cabin located somewhere near Motley in Northern Minnesota. It was a muggy, buggy day sometime in the mid 1980s and I was in the middle of an ugly bout of depression exacerbated by severe anxiety over an incomplete five page college paper.

Yes, I realize that wanting to die over a five page paper and deciding to live because I didn't want to be a buzz kill for a party seems silly, but it was deadly serious to me at the time.

It's not that I had blown off the paper, or even that it was likely I wouldn't get an "A" as I almost always did despite freaking out over every single paper of my academic life. I probably had enough material for a PHD dissertation. I just couldn't choose what to leave out and how to focus so that I could complete the assignment.

I'm currently in a similar situation in that I have an over abundance of material that requires decisions on what to eliminate and how to organize my book. Fortunately, even though the stakes are much higher now, I have learned a lot in the past three decades about how to face what surfaces during critical times and how to remain buoyant.

It's not that I don't get frustrated and impatient and even experience fear and despair at times, but I have become more gentle and curious about the shadow aspects of myself and what they can teach me. I recognize that fighting those parts of me and the patterns they perpetuate never works and only causes suffering.

Lately, I have been experimenting with sincerely welcoming and loving these players that have wreaked lifelong internal havoc as though they were scared children.  I am listening empathetically to their survival based concerns while at the same time maintaining boundaries that do not allow for bullying.

As I'm cultivating a closer and friendlier relationship to those previously exiled inner kids, it may or may not affect my ability to make choices on my writing as quickly as I would like, but I am shifting from trying to fix that into a deeper appreciation of the imperfect, lovable human being I am. As this appreciation grows, I become more and more grateful for the miracle of my life.

I wish that for all of you imperfect humans as well. May we all declare an interdependence day with all aspects of ourselves and celebrate with a big sparkling display of love.

I also wish that this New Moon which falls on the 4th of July this year might portend a new direction in the midst of the rather muddy waters in which this country seems to be currently floundering.

Stephen Dinan, the founder of The Shift Network has a book coming out on July 5th called Sacred America, Sacred World which transcends right and left politics and offers a manifesto for our country’s evolution. I was recently listening to an interview with him and Saniel Bonder and learned a new word. I love new words -- and this one relates to a topic I have been thinking about night and day for months!

Theodicy: “vindication of the divine attributes, especially justice and holiness, with respect to the existence of evil.” Saniel proposed there is an American Theodicy. He said that primary documents like the Declaration of Independence represent the spirit of America. He contends that much of this spirit has been lost in our political climate in recent years.

My last blog explored evil's contribution to our evolution. Since writing that, I have been continuing to ponder both personal and planetary evolution and the role of conflictual changes.

I have also been dialoging with many people about what kind of relationship we need with those whose political and moral views do not agree with our own. So I was especially intrigued by this concept of theodicy and it's relation to what is happening in our world right now.

Much as I love my country, and am deeply grateful to be a citizen here, it has been increasingly challenging to be proud of the USA in recent years.

I am hopeful that one way or another, no matter who gets elected or how people react, it will all turn out to be of benefit in some way. Given that there is not a whole lot else I can do at this point, hope seems like a good strategy!

And speaking of wishes and fresh starts and muddy waters, I end this shorter than usual blog to dive back into writing my book. I am remembering that the roots of the lotus are deep in the mud. 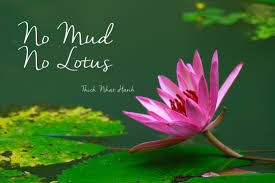 I was tempted to end this Independence Day blog with a deliciously ironic video of a photo-op gone wrong in which one of our presidential candidates was attacked by our country's national symbol of a Bald Eagle and had a bad hair moment.  Instead of being snarky and cynical (although I admit  alluding to it is not completely taking the high road), I decided to share something more in keeping with celebrating our country and our children --both our inner little ones and those young citizens who will become our future leaders.   So here you go.