If you had children, would you want to hire a nanny who refused to provide references or to agree to stay for any period of time more defined than "when the wind changes"? How about if she drank on the job (rum punch), and took your kids along with her filthy, soot smeared boyfriend up to dance on the roof with a bunch of other strange men, who then trashed your home? To say nothing of other questionable and dangerous activities...

And yet a surprising number of my former clients when I ran Umbrella Child Care Services ("Practically Perfect Pop-in and Permanent Providers") would tell me they wanted me to find them a Mary Poppins. Go figure!

I first read her stories and saw her on the silver screen when I was five years old*. I began a lifelong career related in some way to serving families with children starting at age 11--  at 50 cents an hour.

My best description of our past relationship is :"It's complicated".

We had an ugly break up two years ago on the day before Thanksgiving, and I told her I never wanted to see her again. Although I swore there would be no Mary Poppins Comes Back, she has worked her magic with me once again. And this time, I finally understand how we can be happy together forever!

So we are off on a different kind of adventure. I'm not going back to working with children or searching for her replicas again.

This time we are teaming up in service to grown-ups. I will tell you more soon, but in the mean time, below is a post from a year ago with both bad and helpful ideas on how to deal with anger and endings.

*a year later I saw Julie Andrews perform another role as a nun turned governess who would dance and sing in the hills at every given opportunity. Perhaps this helps explain not only my career, but long periods of celibacy and my current daily excursions to dance in the hills of Marin. 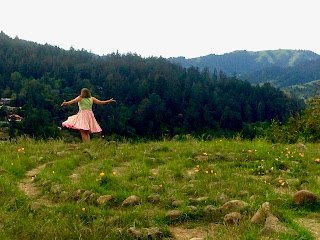 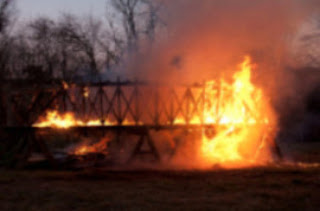 One year ago today, I ended a 44 year relationship. I broke up with my Mary Poppins alter ego. I would like to say that this occurred on a high note. Perhaps with me firmly holding a parrot headed umbrella in one hand and a trusty old carpetbag in the other, floating off gracefully into a cloudless blue sky with my sensible skirt swaying gently in the winds of change.
Instead it was more like lobbing a Molotov cocktail onto a an old wooden bridge as dry as crisp fallen autumn leaves during a California drought. There will be no “Mary Poppins Comes Back” sequel to this story.
Have you ever stayed in a relationship where you were unhappy, unfulfilled or maybe even bored silly, because you were afraid of doing something unfamiliar and difficult - like creating a whole new life? Or did you ever stick around because you were scared to think of who you would be if you were no longer the person identified with that relationship? Or maybe you just couldn't bear to hurt the person you once loved by causing them the pain of your leaving. Or maybe you were the one who was unexpectedly left behind.
I had been trying to ditch Ms. Poppins for over a quarter of a century. We went through times when we barely saw each other, but I usually spent at least a few hours each week hauling out my old trusty bag of magic tricks and playing with young friends.
It's not that I didn't love my nanny persona and her companions. I will always cherish the memories of sweet cuddles with soft little bodies curled trustingly in my lap as I murmured stories or sang lullabies. I also delighted in co-creating fun projects, devising adventures, and teaching valuable life skills  - like dancing in the woods and how to lurk with flashlights in the bushes.
My gratitude to each and everyone of those amazing little beings (many of whom are all grown up now) who graced me with gifts beyond measure is greater than I could ever convey.
But in my heart, I had been done with child care for a long time before that kerfuffle with my former employer. The bridge burning email that followed that unfortunate incident poured out my frustrations from 4 years - and possibly ancient accumulations of a lifetime and maybe even previous lifetimes (!) of unexpressed resentments.
In retrospect, I think torching that bridge so completely was the only way I could do it. If there had been even a few charred, rickety planks to walk across, I might not have been able to resist the wistful little whispers entreating me to return to what was so familiar and easy for me and would have snapped on those loving bonds (shackles lined with tattered silk edged security blankets) one more time. 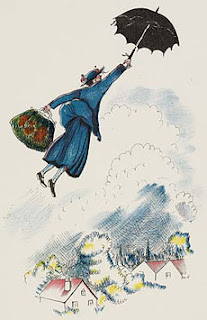 Dumping Mary Poppins was not the first time I ever waited way too long to pull the plug on something that was already essentially dead.
Something similar happened with my marriage of 10 years.  I loved my former husband (hereafter FH) dearly, and although I had been unhappy for a while, I assumed that we were just going through a long, rough patch in our marriage. I would have never have given up if there would have been anything left other than a pile of smoking rubble.
I may have been the one one to walk away, and I may even have unintentionally been the instigator in subtle ways, but in that situation, I did not have the courage to hurl the necessary explosive devise.
Thank heavens for “The Other Woman” (hereafter OW)!
As Thanksgiving was approaching six years ago (which was only a little over two months since OW was the catalyst for The Day My Life Changed Forever), I did my very best to be true to that holiday. I wanted desperately to find gratitude and (especially since I was feeling scared and vulnerable at this precarious time) to ensure that I would win loving approval from everyone for my saintly behavior. 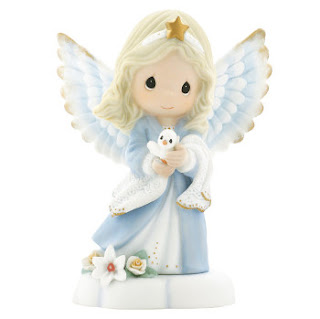 I recounted this story in my last year's Thanksgiving blog post entitled The Little Squid on the Prairie, and alluded to the incident with my former employer in the next blog, but since then I have had further insights regarding the issue of anger.
I still believe that my attempts to be loving, gracious and grateful at the end of my marriage were sincere and helped make that Thanksgiving an easier one for everyone. In terms of my actions towards FH, my stepchildren and OW, I would not change a thing (except for a few snarky little comments in my emails).
And I also believe that by repeating and reinforcing what started as faint, forced forgiveness and gratitude, I helped these longed for feelings grow stronger and more genuine each time I affirmed them. Now they are as real as every beat of my heart.
Unfortunately, I did what John Wellwood termed a “spiritual bypass”.
Almost everybody agrees it's not a good idea (for you and everyone around you) to lash out in  anger or to turn it inward. And a cooling off period is often advisable, but refusing to acknowledge anger exists is a really poor strategy.
I scrambled to suppress, squelch, stuff, stifle and smother all sparks of “unspiritual”, unpleasant, uncomfortable and “unacceptable”  anger that smoldered way down in the dark underground depths of my soul.
I cannot stress enough what a bad idea this is!
If you are the kind of person who is able to immediately feel unconditional love for anyone who causes you pain, I bow to you. I aspire to be like you.
But if you do feel anger, then FEEL it - all the way through to the other side. Anger like all of the other E- motions, is Energy that needs to move. 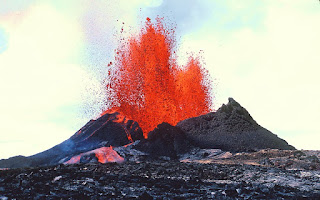 One way or another it WILL move. Perhaps tortuously slowly over a long period of time with sideways, passive aggressive snark, bubbling frustration, cold leaking resentment or sudden surges of fury. But it will not go away if ignored or denied. In fact it breeds in captivity.
There are many theories as to the best way to deal with this irksome emotion. Some say it's a good idea to pound or scream into pillows or other similar harmless violent expressions. Some say this only feeds and strengthens anger. There are good arguments for both sides and different things work for different people.
It may be a good idea to get support from a trusted friend or professional (I have consulted many of both!), or maybe you can do it on your own by consciously intending to address the issue while doing some kind of physical activity like running, lifting weights, dancing, Qi Gong, EFT or some other kind of energy work.
I highly encourage you to find what works for you and just get it over with!
On this Thanksgiving, I am beyond thankful to no longer be in my former marriage or former employment situation. I would rather walk over hot coals than go back to either one. I care deeply about all of the people involved. I know I was unskillful in many of the ways that I harbored resentment or had brief flares of rage, but I also know that did did the very best I was capable of doing at that time.
To the best of my current and evolving ability (thank you Rafael Cushnir for that helpful phrase!), I forgive all of the ways in which anyone caused harm to me in my lifetime and I forgive myself for the ways in which I caused pain, including to those who experienced collateral damage. I understand that none of us did what we did with bad intentions.
I'm still cleaning out the storage closet in the basement of my psyche. I keep finding old taped up boxes, but hopefully the work I am doing will benefit me and those with whom I interact as I move forward in my personal and professional relationships. I'm guessing you probably have a similar closet that could use some caring attention! 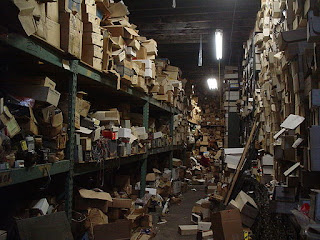 Posted by Michelle Simonson at 2:22 PM No comments: