🤠The Adventures of Calamity Jane🏞 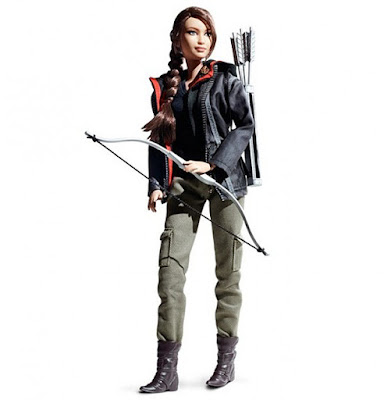 My Barbie dolls did not dress up or go to parties. They were badass babes who went on perilous adventures.  Sometimes they rode on the back of Skippy --a once fluffy white dog who had become matted and gray and whose tail was dangling by a safety pin.

In this post, I offer some snippets from my youth. I share this slice of my life for a reason which I will explain later.

If you prefer to view rather than read, scroll to the video entitled "Quan Yin VS Snidely Whiplash" -- below the photo of the labyrinth.

Keep reading (or watch the video) if you have any traumatic stories involving people who you believed wronged you in your past and want an easy and powerful way to transform your relationship to them.

OR if you want to learn about a opportunity for an adventure in the wilds of Marin with me (below the castle and above the labyrinth).

Let's start with Skippy, Calamity Jane and the daredevil Barbies.

Skippy was the only surviver of the horrific purge of my large, grubby and scruffy but well loved collection of stuffed animal friends that my mother had stuffed in the garbage can while I was at school one day. But Skippy escaped and lived for many more years of adventures!

A blue clad, hard plastic Calamity Jane doll whose flexible joints allowed her to straddle Skippy, was often the leader of these dangerous expeditions. Sometime she would carry wounded Barbies in her strong and bendable arms to safety when necessary.

The Barbies sustained a lot of injuries in climbing dangerous heights etc, so Jane was kept busy. Calamities were her specialty. 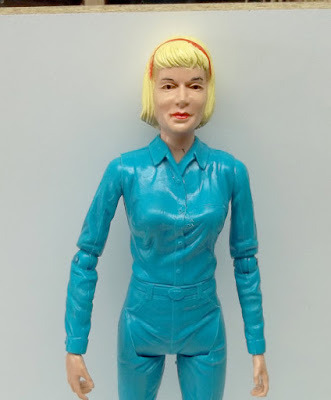 I spent a lot of time in solitude as a child, due in part to being an only child and for many years the only grandchild. When I was very young my divorced young mother was a full-time college student who waited tables nights and weekends. Then she became a full-time schoolteacher who had piles of homework to correct at nights. Plus there were years when we lived on isolated farms and Mom always had a long drive everyday to get to her job.

I did not have babysitters or nannies. I wore a key around my neck starting when I was in second grade, so I could let myself in after school.

During my time in suburbia both before and after the years on the farms, I was not as as secluded and had friends to play with, but was frequently grounded for long periods of time for my wicked deeds. I started getting into big trouble by the time I was in third grade.

So, my piles of books, trusty television, stuffed animals*, Barbies (and sometimes the elves and angels surreptitiously extracted from the boxes of Christmas ornaments in the basement at my grandparent's home) were my dear companions (embarrassingly) well into my early teens -- when I was having perilous adventures of my own with drugs and petty crimes.

And now, a bit about my mama. 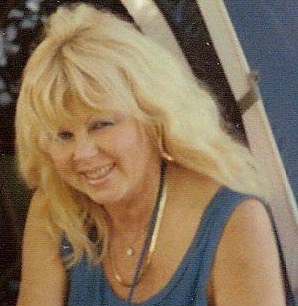 She was by far the most important character in the story of my first 17 years of life. I have mentioned Karpman's Drama Triangle in previous blogs --which consists of villain, victim and hero. This device is very popular in myths and fairytales and other plots as well as most dysfunctional relationships.

I used to cast my mother in the role of villain for what I considered to be unskillful parenting (although I phrased it differently back then!). When I got a little older, I upgraded her to a fellow victim in view of all she endured from the time she was a child --she certainly didn't have a good role model for mothering.  And for all that I witnessed her struggle with during my childhood --my father was not available for support of any kind and there were many other challenges that she faced as well.

But I decided to change that story so that she was neither a villain or a victim. In my new story, we were on a journey together and she was my ally, as well as a true heroine in her own right.

When I changed the story, I did not ignore the old "facts", nor did I insert anything that was not true. I simply used a more compassionate lens in a search for evidence that supported stronger roles for both of us. (I outlined this process in a previous post about Shawn Achor's research - scroll down below elixir image).

It turns out that my mother truly was an adventurous Hero/ine. I just ignored all of her amazing feats (expert horseback rider, motorcycle rider, pilot of small planes, award-winning Elementary school teacher, voracious student of a wide variety of topics, handy woman who could assemble and fix anything, spiritual explorer, fiercely independent, a pioneer in trends that would become popular later and so much more) because I preferred to see myself as a victim deserving of pity.

My childhood years were not easy for either one of us (I will not share those dramas because they are not my story alone), but we both did the very best we could under the circumstances and together we made it through.

As I began to believe the new story, my love and respect for both my mother and myself grew bigger and bigger.  And in the process some difficult old behavior patterns began to shift for me.

When I look at the two stories side-by-side now, the new one actually feels more true --with a capital "T". The old stories were harmful both to myself and my mother and not good for anyone else who heard them.

Furthermore, stories ripple out into the world. Both the good ones and the bad ones. I would rather be spreading stories that cause people to feel better than worse. We have more than enough toxic stories in the world -- especially now. 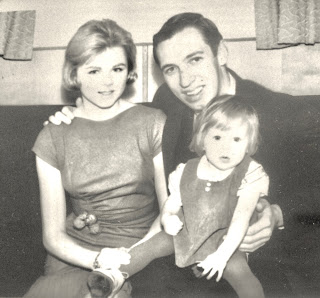 Doris Day played Calamity Jane in the movie a few years before I was born. Here is a photo of Doris that looks remarkably like my mother in the '60's.

And a faded one of me with my parents. I'll bet Mom is a better horseback rider than Doris!

Okay, one last embarrassing little tidbit and then another one raising the possibility of me appearing utterly delusional.

I had a role in the adventures of my inanimate friends. Whenever things became really challenging for them, they would come to me and I would offer them wisdom on how to triumph over their current adversity. They referred to me as "the princess". I told you this was embarrassing...

Okay now for the part where you begin to question my grasp on reality if you haven't already.

I like to think that perhaps my current or future self reached back in time to that unhappy little girl to give her support. I am toying with a story that maybe, during the times when my younger self's pretend companions were facing great peril, they did so on behalf of her. And when they came to their sovereign leader, an older version of me spoke through her to them -- thus comforting and offering hope to that scruffy little kid.

That story is a bigger stretch, than the one I shared about my relationship to my mother, and unlike that one, this one has no actual evidence.

There is, however ample evidence that the stories we tell ourselves about our past can impact our future. And there's also an abundance of evidence that any story that we truly believe becomes powerful beyond our wildest imagination. For one example,  Consider the placebo effect --and the nocebo effect.

And the most incredibly amazing thing about this is that we get to choose our stories and create new ones. Not pie-in-the-sky, impossible stories like "Once upon a time I won the lottery and lived happily ever after". But ones in which we are the hero/ines of our story no matter what challenges life offered in the past or will present now or in the future.


There is a popular bit of wisdom circulating that says the things we first remember enjoying as a child are what we should consider when finding our mission in life.

I was never able to think of what that could be. I followed in my mom's footsteps, working with children -- and some of the adventures I created for them are legendary among my many former young charges, but I think that it was this enactment of the Hero/ines Journey, with the aptly named Calamity Jane that led me to my role as a guide to the Hero/ines journey now.

I offer a seven-week version of this journey via email and telephone AND on this first new Moon of Spring, I am announcing a new enhanced version for those who live in the Bay Area.

I will be taking seven adventurers into the wilds of Marin County to discover seven different labyrinths and spirals. Each week we will also explore a different stage of the Hero/ine's Journey

I'm only accepting seven intrepid Explorers, so if you are:

*I realized this post was getting too long, so I cut this part. But I could not completely leave out my beloved real animal friends -- especially the "complicated " kitty "Raza the Wild Thing" who was a major player in my life and Ramashundra the seventh in reincarnation of Vishnu --my sweet afghan hound with whom I also had a complicated relationship for different reasons --another story!
I had many animal friends. Dogs --13 at one time, cats, horses, chickens, chameleons, turtles, rabbits, hamsters and gerbils, but my relationship with them was complicated due to what felt like overwhelming responsibilities to care for them.

I had a particularly complicated relationship with a scary, Siamese kitty who adored my mother but hated everyone else. She would growl menacingly in my mother's lap whenever I came close and frequently attacked me --sometimes lying in wait for me at the top of bookshelves to pounce when I got up for a drink of water in the middle of the night or hooking her furry black paw with claws extended underneath the bathroom door to grab my toe.

Raza lived with us from the time I was in kindergarten until I was a senior in high school -- well technically I had dropped out by then, but I would have been a senior. She and I made peace at the end of her life, but she felt more like a dragon on my road of trials than a friendly ally for me at the time. Although she was a heroine to me when she stalked the police officers who had come to discuss one of my many misdeeds with my mother.

Posted by Michelle Simonson at 4:12 PM