The Time Between Worlds 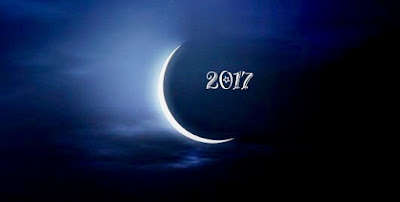 I will begin today's New Moon blog with a humorous adventure excerpted from my archives and then offer some wild magic to address this time between worlds that we are in.

On the New Year’s Day after the surprise ending of my former life on 9/11(09),  I was attending a party at my aunt’s son’s home in North Scottsdale, AZ.

I took a break in the middle of the event for my daily hike and set off on foot through the festively decorated neighborhood in search of a trail into the desert.


When I entered the world of the wild, I kept my eyes open for all of the possible dangers: the javelinas, rattlesnakes, scorpions, cholla cacti, coyotes, bobcats and mountain lions.

As I exited that terrain and was back on the surreal suburban streets of my cousin’s gated community, I saw a hopeful plastic snowman clutching a sign with the words “Let It Snow”,  Santa in his red snow suit atop his sleigh with the Nordic reindeer pawing the tile roof of an adobe house and the Saguaro sporting snowflake lights. I completely relaxed my vigilance.

I was chatting on my cell phone, wishing my mother a Happy New Year and strolling right toward a large mountain lion walking just a few feet ahead of me, crossing the street that I was walking up. If I would have been in the desert, I would have been terrified, but in that setting, it just did not register as danger.


I was in awe of it’s feline grace and KEPT WALKING TOWARD IT while mentioning to my mother that I had just spotted a mountain lion and was going to get a closer look.

I do not remember her words to me, but her sharp tone of alarm and clear advice that this was a really bad idea awoke me from my trance and I stopped in my tracks.


In the meantime, the cat had quietly melted out of sight into a back yard. All of this only took a few seconds, but we definitely got a good look at each other.

It could be that it had recently dined on a poodle from the neighborhood and was not hungry or maybe my insane lack of fear convinced it that I was not to be trifled with or perhaps it reasoned that since we are what we eat, it did not want to be that stupid.


Whatever the reason, my mother did not have to start off her 2010 by helplessly listening to the sounds of her daughter being mauled to death by a wild cat.

Part 2: In times of change, Wild Magic is afoot*. 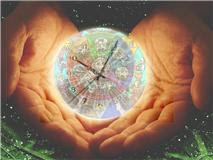 That winter in Phoenix, where I rose from the ashes of my recent life implosion while wandering in the desert, I was in a time and place between worlds.

The view from the pile of cold ashes had looked totally bleak and hopeless, but once I had dived down into the depths of my despair and faced what was there, wild magic in the form of unexpected blessings and astounding synchronicities began to happen that led me to a new life.

I could never have imagined what was about to unfold for me.

Since that time, I have been fascinated with what happens when dark times occur in our lives. I have been immersed in research in multiple disciplines as well as hundreds of anecdotal stories of people from all walks of life who have experienced similar transformations and astounding miracles.

One of the most interesting aspects of this phenonema is that there is a world between our crumbling Old world and the New world of unimagined possibilities.

This land goes by many names. In the classic mythical hero/ines journey, it is called The Special World. Charles Eisenstein calls it The Space Between Stories. The Buddhists refer to it as the Bardo. Bruce Lipton (among many others who use the same analogy) uses the story of the chrysalis with its imaginal cells in between the catapillar and the butterfly to describe it. Dan Millman calls it The Bridge Between Worlds. In the book Transitions by William Bridges (which was one of my bibles during my transition), he referred to it as The Neutral Zone.

In the beginning it felt more like a nightmarish episode of the Twilight Zone to me --but the phrase "Twilight Zone" is also appropriate as the times of both twilight and dawn are like opaque and mystical worlds where everything looks and feels different. And of course dawn and twilight are daily reminders of natural, necessary and beneficial cycles in between the light in the dark.

There are also countless fictional stories which borrow from the same theme. I love the name "The Neitherlands", from Lev Grossman's bestselling book, The Magicians (a book I found rather depressing but worth it just for discovering this wonderful name).

At this lull between the winter holiday celebrations and the New Year and between political administrations and so many other in-between places in our worlds (planetary and/or personal for many of us), we are in just such a spot.


As hard as it may be to consider the possibility that any kind of magic exists, much less the magic in times like these, I am asking you to do just that.

Pretend you are watching a movie or reading a novel. Activate that "willful suspension of disbelief" that allows you to enjoy the story.

I am not downplaying the intensity of the chaos and possibly excruciating pain that accompanies devastating transitions. That darkness is as real as the night sky.

I'm also not saying that we should just sit back passively rather than take an active part in creating the New World.

But I am suggesting that there are very different rules in this magical realm. What works in the ordinary world does not work in the Neitherlands.

If you are trying to work harderfastermorebetter to "figure it out" with your logical rational mind, or to force outcomes, or to "fix" "problems", or to numb the discomfort of uncertainty and the pain of unwanted changes with your favorite fixes/ addictions, or in any way resist the experience you're having, it is like thrashing around in quicksand. You will just sink further down.

Like it or not, one way or another, sooner or later, you will have to face whatever lessons this place holds for you.

Even though it seems counterintuitive and almost everything in you and around you urges you to try to rush through to the other side --where presumably things are more secure, stable, safe and pain free--your best strategy is to surrender to what is and slooow waaay down. Take a lot of very deep breaths, and consciously relax your body into wherever you find yourself.

Actions taken from panicked fear rarely have good results --unless of course you are fighting or fleeing from a mountain lion that happens to be less friendly than the one I encountered!

If you can cultivate a willingness to emotionally and physically fully feel everything that arises, have compassion for all involved (especially yourself), a sense of curiosity and even playfulness, your passage through this World will yield wild magic and treasures beyond your wildest imagination.

The more difficult the visit, the greater the rewards for those who are able to fully open to the experience of their time between worlds.

I have no idea what 2017 is going to bring, but my plan is to be as fully present to whatever transpires as I am capable of being. No matter what happens, I trust that in times of change, wild magic is a foot. 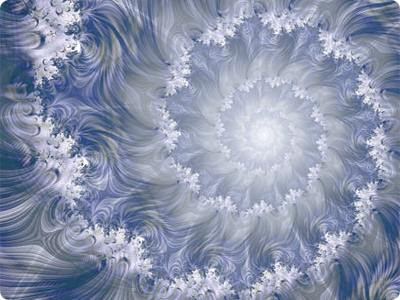 * I looked for who said it first and could not find it, but I found THIS by Tama Kieves!

Posted by Michelle Simonson at 3:06 PM